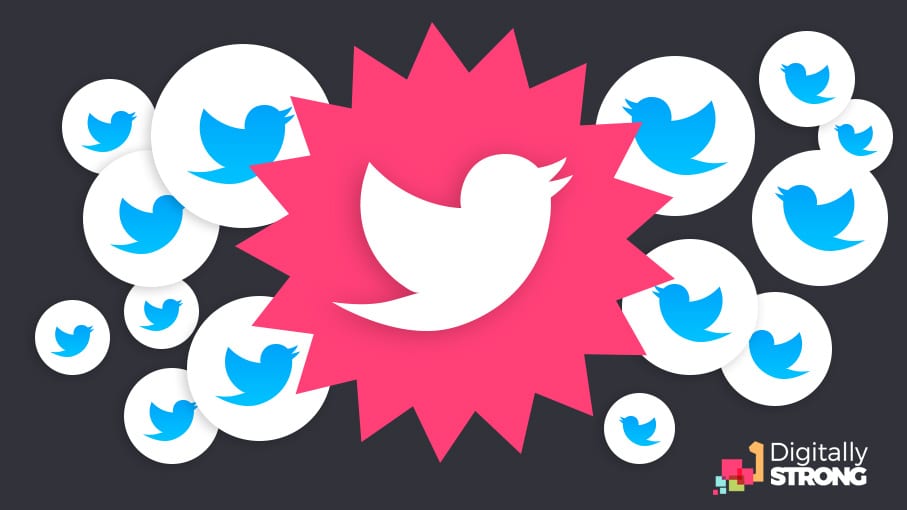 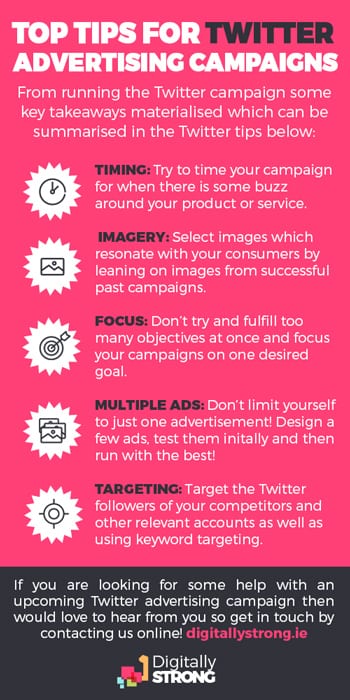 From running the Twitter campaign some key takeaways materialised which can be summarised in the Twitter tips below.

Timing: Consider the timing of your campaign. If there is a buzz around your product or service, this is the perfect time to use advertising to ensure that your company is front of mind!

Imagery: When designing your advertisement, select images which resonate with your consumers by considering images that have worked well in past advertisements or in social media posts.

Focus: Don’t try and fulfill too many objectives at once! If your objective is to grow Twitter followers, don’t include a link to your website in the advertisement. You might get website clicks but it will result in less followers as you are giving consumers distinct options rather than channeling them towards your desired result.

Targeting: Target the Twitter followers of your competitors and other relevant accounts. For example, if you’re a travel & tourism company, consider targeting followers of National Geographic magazine. Use target keywords to capture consumers who are already talking about your product or service.

If you are looking for some help with an upcoming Twitter advertising campaign, we would love to hear from you so get in touch here!

Digital & Tourism Consultant @ Digitally Strong. I hold a Masters in Digital Marketing and have more than a decade of experience developing digital strategies and executing leading brand, advertising and digital campaigns.