During our time with Tourism Ireland, we managed a number of influencer campaigns in in Spain, the Middle East, Asia and South Africa.

Tourism Ireland uses influencers to generate positive word of mouth about the destination with the influencer’s active audiences.

Promoting Northern Ireland to Game of Thrones fans in Spain

In 2016, we were tasked with creating a competition to give away four sets of limited edition Game of Thrones stamps in Spain, whilst creating as much noise as possible online. These limited edition stamps were specially created by Tourism Ireland to showcase the house sigils used in the show and were exclusively available in Northern Ireland, where the majority of Game of Thrones is filmed.

Given the rarity and exclusivity of these stamps, we sourced the three key Game of Thrones fan accounts in the Spanish market, with follower number ranging from 243k to 21k followers, and collaborated with them on this unique promotion. Each account ran their own individual competition with all competitions launching simultaneously and running for one week.

This promotion reached more than half a million people directly and the dwell time on the competition page was more over four minutes. 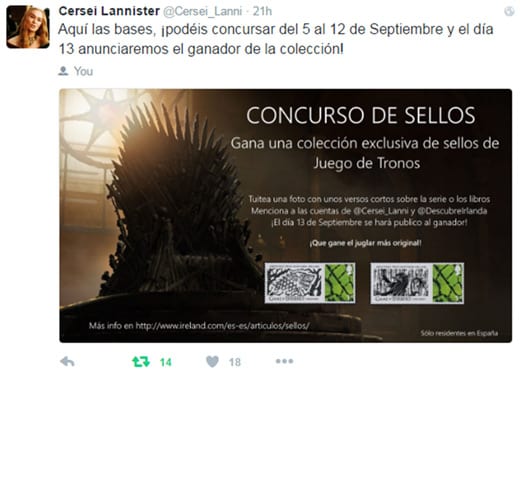 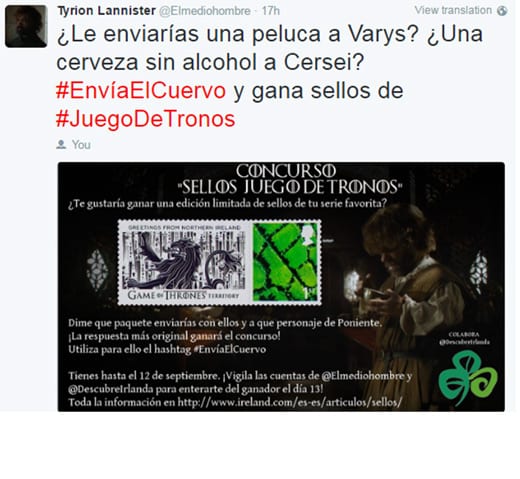 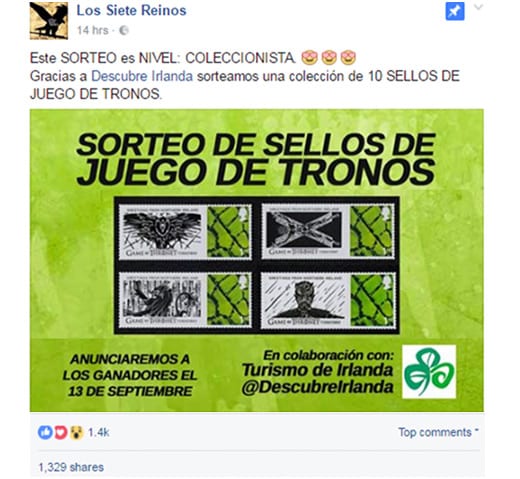 Back in 2010, when blogging and influencer marketing was still in its infancy, we recruited and organised the first ever group familiarisation trip of travel bloggers to Ireland from the Spanish market.

This video alone has generated 56,000 video views (and counting!)

In 2016, we were tasked with promoting Belfast as a tourism destination in Spain using branded virtual reality viewers and the Belfast Go Explore 360 Virtual Reality App. We reached out to top travel bloggers and social media influencers in Spain and posted them a virtual reality viewer and a press pack encouraging them to promote Belfast and the app to their active audiences.

This activity reached an audience of 1.4 million people and generated lots of positive word of mouth about Belfast.